Latschariplatz Country Specials *** My first trip to Nashville and Memphis

Follow me back to the times of Western and Country Music that was produced prior to 1987. You will hear music taken off long playing records, pressed from the 1940s to 1970th as well as burned on CDs available as from the mid-eighties.

In June of 1987 I took part in a conference on pension plans for multinational companies at the Saddlebrook Resort, Tampa, Florida. One week later I had a business appointment at FEDEX Headquarters in Memphis, Tennessee. I took advantage of the free days to drive from Tampa via Daytona Beach, Jacksonville, Valdosta, Macon, Atlanta, Chattanooga, and Nashville to Memphis. En route I stopped in Chattanooga and Nashville. There in the Country Music Capital of the World and Music City USA I met Tom Bryant, (now retired) Production Manager of WSM AM RADIO 650, Nashville.

A year prior to this trip I had begun producing and presenting radio programs for RADIO THURGAU, a privately owned local radio station in Frauenfeld, Switzerland and was eager to expand my knowledge on American Music. In particular I wanted to find out the difference between Western Music and Country Music... (further to the audio stream ...) 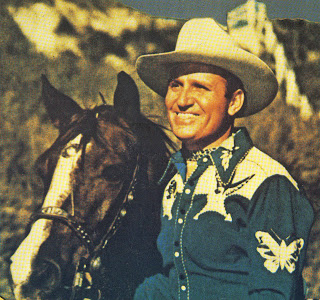